The following examples are to be used to detect and make use of the often very faint signals. Nearly 95% of suicidal people shows signs, and nearly all of them do not want to die but actually want to see their problems solved. But because of tunnel vision, shame, guilt and the frustration of not being noticed by others, these aspects are worsened. On the one hand you need to acknowledge their helplessness while on the other hand you need to offer hope. Normalize the topic in such a way without neglecting the seriousness of the matter.

When speaking with a person who has current suicidal thoughts you can make use of the CASE-aproach.

This entails that you focus the the person’s thoughts from suicide to his or her future.

However you can not immediately start talking about this future, but instead begin with the person’s past. He or she wil not feel heard and understood if you don’t first ask about, and talk about his or her past and troubles. By following the diagram, we start at presenting events(1) then recent events(2) then past events(3) and from there to immediate events(4, future). 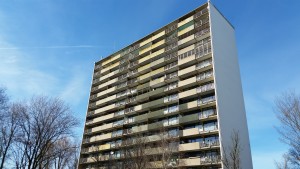 -with a minor signal you should immediately and openly ask questions regarding the topic of suicide. If this is done without criticism or judgment, or emotional charge, but neutrally, it will simply be appreciated.

The closer you are to a person, the more difficult it is to notice the signals of suicidality.

Example: Someone says: “well, life has lost it’s meaning, it all seems so senseless”. Question: “do you mean that you would rather be dead?”

-if the confider answers affirmatively, one should continue asking more concrete questions to get the facts on the table.

Example: If the confider says “yes” you can ask: “are you saying that you sometimes contemplate ending your life?”

If the answer is no you could react by saying: “Well, it is conceivable, so many people decide to give it up, it is not that strange, that is why I thought that you…” This might help the suicidal person to open up anyway.

If the answer is affirmative, the following examples of questions could help with zooming in on it and becoming more concrete: 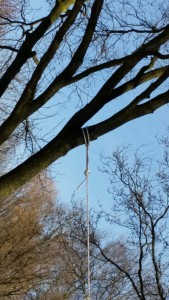 -Have you ever thought about how you would do it?

-How often do you think about it? When was the last time that you thought about it?

-Have you thought of doing it today?

As long as the confider answers affirmatively, you should continue being more concrete in your questioning. Be sure to take into consideration the time that one needs to put into words what they want to express because of shame and self blame. But the more “normal” and confidentially you speak about it, the easier it will become to start up a conversation.

Examples of further zooming in being even more concrete:

-you mean that you would hang yourself… (throw yourself in front of a train, jump off an apartment building)?

-have you ever made an attempt to go do it?

-how many times, when, where?

-do you have (a rope, saved up pills, a farewell letter, a knife, a gun) at hand? Or do you know from which apartment building, at which railroad, in what kind of water…

-do you have a (day, date, month, year, age) you have thought of doing it?

When all of this is more concrete you will be better able to estimate the seriousness of the situation. 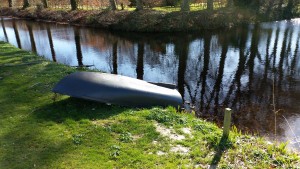 Now you can make clear that he or she is conflicted between two possibilities. By relating to the fact that the suicidal person has now made everything known. “This shows that you don’t really want to die, but that you want your situation, suffering, hopelessness, and depression to be solved”.

After having zoomed in you can now zoom out of the client’s thoughts and intentions, towards his environment, significant others and if necessary, support-system.

This asks for further questioning to ascertain facts such as:

-are there others close to you who know about this?

-is there someone you trust to talk to about this?

-do you have support regarding this? Who would you like to make an appointment with?

Offering hope and a better solution.

Now you should offer hope by summarizing possible solutions. Point out the fact that the suicidal person has just opened up to you and that this is the beginning of a new solution. Mention that many survivors of suicide attempts are now thankful and live stable lives. Much is possible regarding care and solution-based care for the problems one currently experience. Concrete arrangements for providing attention and care can quickly alleviate and make the situation more bearable.

For more information you can read the summary of the five phases of suicidality “WHAT CAN A PASTORAL WORKER DO”.

If necessary immediately arrange for contact with the general practitioner or currently involved care. Be sure to arrange for follow-up contact on short notice. Either the same day, with the possibility of several appointments, or the following day. Never end the conversation without making concrete workable arrangements.

For additional information regarding some of the more prevalent common misconceptions please click here.

“SUICIDEPREVENTION for CHURCHES”. In Heerenveen, the Netherlands. This is a translation of the original text and website, available on suicidepreventievoorkerken.nl. This document may be used freely as printscreen if it is kept unchanged and the source is mentioned. Design by Willem van den Berg 2015.